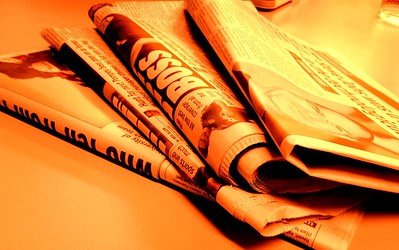 Sometimes it’s easy to find a topic or story to write about, sometimes not.  Under lockdown I generally try to tackle this in the afternoon or evening, clicking buttons so that it will be ‘published’ at 0900 the next morning.  Today, Sunday 3rd, nothing had sprung to mind until a few minutes ago when I happened to see, in the newspaper, some anniversaries for 3 April.

On that day in 1810 Lord Byron swam the Hellespont; in 1926 Britain’s only general strike began, lasting just 10 days; in 1968 Britain’s first heart transplant was carried out; and in 2007 3-year-old Madeleine McCann went missing in the Algarve.  Two of these triggered memories:

One or twice I’ve met Sir Terence English who performed the first successful heart transplant in Britain: he’s a former Master of my old college, St Catharine’s, Cambridge, and we’ve sat near each other at dinner and chatted a few times.  Just as well I checked though because the 1968 transplant, only the 10th in the world, was not performed by Sir Terence.  It was groundbreaking but was not successful: the patient died after 45 days.  The first successful British transplant, Sir Terence’s work, was 11 years later in 1979.

Most Britons of a certain age will remember the very sad story of Madeleine McCann, the little girl, 3 years old, who disappeared from her parents’ holiday apartment in Portugal in 2007 while they were dining out a short distance away.  There was huge publicity: the Daily Telegraph called it “the most heavily reported missing-person case in modern history,” and I think the investigation is still going on, 13 years later.

By that time British newspapers had been publishing their editions online for a few years and were now beginning to offer a new service to subscribers, something called web logs. These allowed readers to register under a pseudonym or user name and then publish their views on any subject they liked – anything legal, that is – day by day on the newspaper’s website; and other readers could then write in to disagree, challenge, debate and so on.  It sounded like fun.  I checked a few websites, decided that the Telegraph’s was the easiest, and one day registered under the name ‘Square Peg’.

How to start, though?  The McCann case was still very much in the news so perhaps that would provide some stimulating debate.  To provoke responses I wrote expressing sincere sympathy – truly – but I also asked why that particular case was attracting so much attention: other people, including children, disappeared each year and yet the media hardly reported anything.  Why the McCanns?  Was it because both parents were physicians?  Or especially articulate?  Was there some exotic or dramatic element about it happening on the Atlantic coast?  Did the British and Portuguese police have extra reasons for investigating, over and above other enquiries?  Why was so much money being spent on it?  These seemed legitimate areas to explore without diminishing the seriousness and sadness of the matter.

Responses from readers came in thick and fast, some misunderstanding my motives, others agreeing and expanding the questions, many giving answers as they saw it, a number challenging me in various ways, and then challenging each other, and offering all sorts of arguments on the case and on other related (or completely unrelated) events.  This web log thing is going to be stimulating, thought David!  I’ll roll up my sleeves and enjoy it!  So I introduced a few other topics, some very mundane – etiquette in a swimming pool was one, so you can see how trivial it got – and the Square Peg discussion forum took off.

About six weeks later two things happened:  1. Square Peg became No 1 in the Telegraph’s worldwide blogosphere – Ah, such fame!  And 2. I stopped.

Centripetal is the word but that’s far too sophisticated for this, and we know that short words are so much better – look back at 5 April.  In fact the interactive nature of the ‘blog’, as web logs came to be known, resulted in me being pulled to the computer time after time after time, sometimes for hours each day.  ‘The public’ expected Square Peg to answer their challenges and debating points, to defend or attack various positions, to respond to kindly and not so kindly comments, to align with this or that writer.  Silence would indicate capitulation, and momentum would be lost.  Maintaining momentum would mean more and more keyboard-tapping.  Looking back, I think Square Peg had taken it too seriously or perhaps too frivolously, and it had got out of hand.  Anyway it had become silly, so I closed it down.

The disappearance of Madeleine McCann, 13 years ago today as I write, is one of the strangest of crimes and still unsolved.  Let’s hope that one day there will be an answer.

This blog, the one I’m writing now, would be less likely to generate such demands I think, but I feel it was right not to make it interactive.  Anyone who reads it and wants to make a point can write to me privately, and you know who I am, and you know my situation and the limitations on my time and energy, and I know you’ll take that into account – but believe me, I’m still prepared to roll up my sleeves and enjoy a good argument if provoked!

Thanks for reading it anyway.