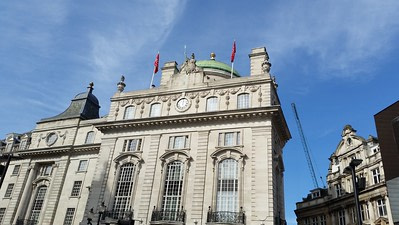 We’re taking tentative steps out of lockdown.  There might be a resurgence of the virus or there might not, but at some point we’ll be getting back to normal; or the ‘new normal’, whatever that might be.

One element in Life after Covid-19 will surely be the unemployed.  Large numbers of citizens have already lost their jobs as corporations terminate them; others, self-employed, might not be able to start up again; and those who were unemployed before the virus struck will still be unemployed.  The economies might bounce back of course, so perhaps the problem will be small, but it seems probable that for a time very many people will be very worried and uncertain about their future.

In the early part of this century my clients were at their own crossroads.  Some had lost their jobs, with their previous employers paying for outplacement services; some were fully employed, high potential, but with employers who believed they would benefit from external coaching to improve performance; and some self-funded and asked me to help them to identify their best way forward.  Everyone was different, naturally.  I was a freelance consultant providing performance coaching and career transition support with a toolkit of psychometric instruments, analytic processes, access to special job-search software, and an approach slightly different from that of other consultants.  Clients and their employers knew that I had never had a career pattern; I’d never planned it; I’d not set myself targets years ahead; it had been haphazard, ad hoc, and with a degree of serendipity.  Those attributes were not standard.  For many potential clients in more orthodox career paths they were not appropriate.  They were valued however by the more unusual high-flyers (performance improvement) and by those in career crises (job transition) where ‘thinking outside the box’ could help clients work with ambiguity and uncertainty, supported by someone with first hand experience.  As a result my clients were not often dull.  Their situations were unusual, and they themselves tended to be unusually stimulating.

The office was small but in a fantastic location on the third floor of CountyMark House, the last building at the south end of RegentStreet, overlooking Piccadilly Circus and onward down Lower Regent Street to Waterloo Place, and beyond to the Palace of Westminster.  Desk, armchairs, a coffee table, and floor to ceiling windows (picture at top) with that marvellous view (right).  Matchless.

Every client had a story, naturally.  Here are a few of the more interesting ones:

The Finance Director of a large corporation whose motivation and drive had disappeared.  Over six months we worked out why she’d lost her interest in hard-nosed money-making; we identified the values that stimulated her; and a hobby that she loved; and she ended up as Finance Director of a garden centre, earning considerably less but fired up and loving every day ‘in among the greenery’.

The man being released, after many years’ service, by the Royal Household. He and his wife lived in a wing of Buckingham Palace.  His main work at that time was concerned with the fabric of the palaces but over the years he had also been a major organiser of the CHOGMs (Commonwealth Heads of Government Meetings) in different parts of the world.  Our sessions took about 8 months, and he ended up as manager of a prominent sailing club.

The white farmer, a qualified accountant, from Zimbabwe. This was a terrible story.  One day he had driven to Harare on business with his two young sons.  He returned the next day to find that his home had been burned down; there was a large bonfire still smouldering; and his wife’s body was on top.  He could talk about it; he did find employment in Britain; but how he managed those memories I can’t imagine.

The Human Resources lady in her 40’s who had lost interest in HR.  We were working on her deeper values and priorities but our meetings were rather sporadic because she kept disappearing for weeks at a time.  After a few months she told me that she’d been visiting two places: Cannes and Hollywood.  She wanted to be a film star.  It’s absolutely true.  That was one client that ultimately I couldn’t help.

The single most dramatic session though was this:

In the summer of 2001 a new client arrived, an American marketing director living and working in London but looking for new employment.  We had a few meetings in my lovely office and the next was due at 10.30 on Friday 14 September.  Three days before that, on the 11th, the planes hit the Twin Towers.  Britain and other countries decided to mark their horror, sorrow and allegiance by asking everyone everywhere to stop in silence for three minutes at 11am on the 14th.  I phoned John and offered to postpone our meeting.   He said not – he was going to attend a ceremony in the Embassy that evening so we should carry on with our session and talk our way through it as normal.

We did meet, in front of those great windows looking down over Piccadilly Circus and Lower Regent Street.  At 11.00 am everything did stop.  The buses stopped, the cars stopped, the people stopped, cyclists stopped; vehicles in the side streets backed up.  London was frozen in pity.  It was truly stunning.

John and I stopped: we couldn’t continue.  I think we both felt we could easily break down.  Lowering our heads we sat in silence for three minutes.  I doubt that he or I will ever see anything like it again.