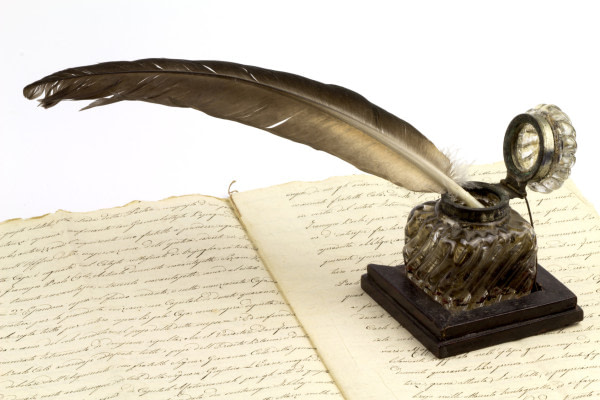 Still questioning myself.   How easy is it to write a blog like this?   It wasn’t designed just to be ‘the story of my life’ and I don’t want it to become just that.  It’s true that it’s been relatively easy to record events in Africa and the Gulf – my adult years up to age 40 – because by their nature they are outside the experience of many people.  From age 40 onwards though it might be a bit tough: life became more ‘regular’, if you see what I mean.

I’ll say this only once: there was the London MBA; then BAe again as Director of Management Development: then a similar position in Tarmac plc, again with global responsibilities; then some years in consultancy mostly concerned

with improving the performance of teams of senior execs, or helping individual senior execs through job or career transition; and a period as Chief Executive of barristers’ chambers in Middle Temple; and then, more or less retired, helping to run a number of voluntary organisations in London and Cambridge until the diagnosis almost a year ago.  All those roles had their ups and downs and all were tedious at times, but there were some unusual happenings that are probably worth describing.  In the next week or so I’ll briefly describe each role and then, if nothing else inspires, I’ll be hopping around them all with different anecdotes, for variety.

Here are two from British Aerospace in the early 1990s.

The company was and is Britain’s biggest defence company, with a number of business units round the world, not all defence-based.  They then included Military Aircraft, Weapons Systems, Dynamics, Royal Ordnance, Civil Aircraft, Rover cars for a while, and others.  They all had different backgrounds, histories, cultures, technology, capability and general expertise.

The remit for the Director of Management Development was to identify the differences, to negotiate with business schools ways in which the executives from those business units could bridge the gaps, learning with each other, and then to bring them together in tailored BAe programmes to do just that.  Broadly we did it at three levels: high-potential young managers identified by assessment centres; committed high quality middle managers; and senior execs from the boards of each business unit.   The programmes were delivered year on year by London Business School, Cranfield, Templeton Oxford, and INSEAD in France.  I would open and close each programme, and arrange the rather splendid dinners at the end, naturally.

So much for the boring stuff, I hope.

The tailored courses were not cheap.  Business school charges were high (they knew how to maintain fee levels!) and the most senior programme for example, in France, included bringing the execs from around the world to Hatfield, BAe’s Civil Aircraft HQ with its own aerodrome, flying them out on company aircraft from there to Paris Orly, then onto coaches and down to Fontainebleau.  I’d go out with them, settle them in, return to London, and go out again with a Main Board member for the final review and dinner.  All well and good.  Then a new Main Board Finance Director arrived.

Rather surprisingly he came to the BAe Board from Rover Cars, which hadn’t had the best of reputations for financial acumen or profitability. Possibly he felt he had to stir things up in order to prove his worth.  He did just that in a number of areas.  When it came to Management Development he hit the roof, or pretended to.  Checking in his own Finance Department he realised that the Management Development Director could spend up to a quarter of  million pounds without being audited other than at year-end.  In Rover, less profitable and more thrifty, that would have been unthinkable.  He blamed me.  It had nothing to do with me; it was inherited, and it was ‘just the way it was’ at that time – BAe SOP, standard operating procedure.

He didn’t enjoy the response.  When I get blamed or smeared for anything that I know isn’t my fault I don’t hold back.  In the last few years something like that has happened to me and to others, with the result that funds pledged to an organisation have been withdrawn, cumulatively very large sums indeed.  Back in BAe it wasn’t difficult to turn him over. No need for details here, but he quickly realised he’d suffer reputational damage if he pursued it, so he backed off.  In fact I was still in position when he left the organisation – a satisfactory end to this first anecdote!

Developing the ‘young high-potentials’ was a lot of fun.  Men and women, mostly in their 20s, and some of them aeronautical engineers, they were greatly enthused by the exciting things the company was producing – if you can describe airborne and land-based killing weapons as exciting.   One event in their programme was particularly eye-opening and enjoyable for them.  It was a coach ride into Wales.

I told them that they wouldn’t know where they were going because the place wasn’t shown on any maps.  It was in a small valley containing a complex of what seemed like grass-covered Nissen huts – Wikipedia: “prefabricated steel structures for military use, especially as barracks from half-cylindrical skins of corrugated steel”,

so rather like Quonset huts in the States. We’d be given a talk and a guided tour inside – long tables with lines of employees seated along one side wearing protective masks; and we’d stand behind them.  In front of each person was a rigid transparent screen fixed in such a way that he or she could reach round it and, with protective gloves, assemble mines.  They were no ordinary mines: when touched they would rise off the ground a couple of feet and then do their damage to the legs.  Very unpleasant.  Most of the people assembling them were women.

You can imagine how bizarre this seemed.  BAe was the UK’s leading hi-tech defence contractor, and here was apparently ultra-low-tech manufacturing.  It was explained that the mines were to be deployed in low numbers – which frankly didn’t make much sense unless they were prototypes –  and that this was actually the most cost-effective way of producing them at the time.  And what was the history of the place?  It had been established between the world wars, and it was there because apparently German bombers in WWII wouldn’t have enough fuel to get that far, so the area was safe.

The young managers were amazed, delighted.  I wasn’t, but then I was older and because of my experiences in Africa and the Gulf I saw things in rather a different light.  Nevertheless for them it was ‘a learning experience’, and that’s what my job was all about.