Before, After …. and Now 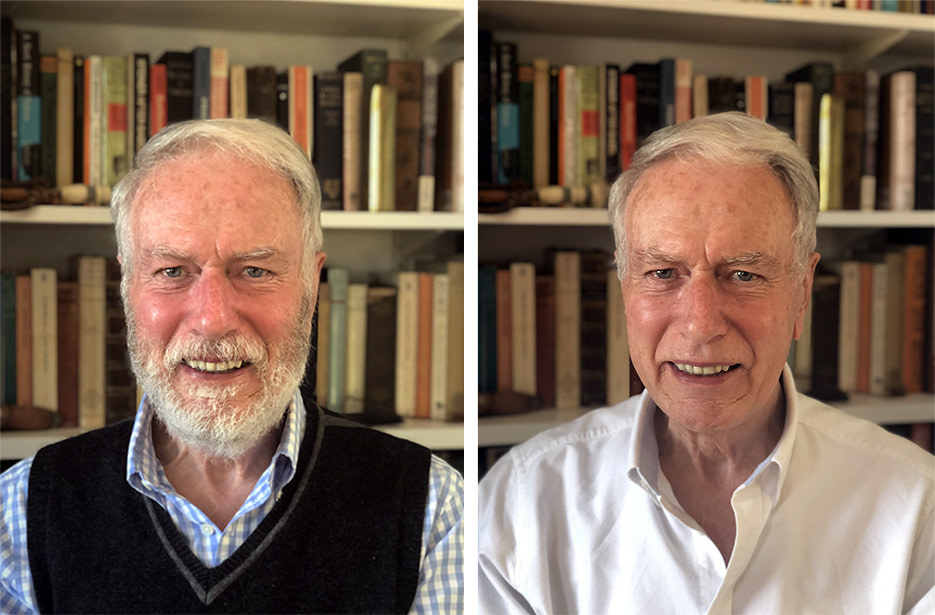 Sorry about the pictures!  It was a bit of fun.  Just over six weeks ago I challenged friends to join me in a Lockdown Project: no shaving for the duration.  Well, I didn’t expect it to go on for so long, so a couple of days ago the hairiness was removed.  Above you can see the two Davids, before and after.

There was another reason though: the MND/ALS was making it very uncomfortable.  That was because my version of the illness started in the bulbar (mouth, throat) area, so eating and drinking are increasingly difficult and messy,  At every meal the moustache and beard became grubby, embarrassing and annoying even though I was alone, at home.  I have enough problems without that.

So on that matter, today I’ve added an update to the Notes that were attached to the blog of 18 April.  As expected my condition is getting worse.  I want to describe it and track it for my own sake and for the sake of others who might or might not be involved with the illness.

If you are uneasy reading such things, please don’t.  If you are interested, the Notes are here – the first three pages.

Tomorrow I hope to say just a little more but in a different way.