How is the voice machine?, I’ve been asked.  Well, two days ago the voice therapist visited and I handed back the machine they’d lent me, called a Lightwriter.  It was a rather bulky thing with a noisy keyboard and a small screen front and back so that the other person could see the words (and the mistakes) as I typed as well as hearing them when I pressed ‘Go’, at which point an inbuilt e-voice spoke. There was no voice choice and it bore no relation to mine.  It had been worth trying, but it was too trying.  And for you non-native English speakers, there’s another example of our confusing language: “trying” and “trying”: two different meanings.

The answer is, simply, my IPad and iPhone. The iPad has software called ‘Predictable’.  It uses the database of my own voice sent back from America after I’d recorded those 1800 sentences many months ago (‘voice banking’, it’s called), and that’s the voice you heard – my own, mashed up and reconstituted – in the nonsense poem in the 21 January blog.  Separately, on my iPhone there’s ‘Text to Speech’, an app that I’ve not really practised yet.  It can’t use ‘my’ voice but the phone is easier to carry around than the iPad so I’ll get started on it for any situation where the iPad’s not available.

There have been mixed responses to ‘my’ voice, or at least to the software that now reproduces it.  Some have said it’s remarkably good, technically, and others that it’s remarkably clunky, an example of the latter being when a friend emailed to say “ The software still produces noce for nose, ez for airs and stez for stairs”

You probably know that a few years ago Professor Stephen Hawking was offered a more advanced version of his famous ‘voice’ but he turned it down, saying that the original one that he had been given was, in effect, his trademark. Those were the days when presumably there was no voice-banking, so his was purely synthetic.

On which matter, an interesting anecdote three weeks ago from a friend who knew Prof. Hawking before and during the period that MND robbed him of his voice:

Listening to your Christmas message really brought back memories of my conversations with Stephen H.  He sounded just like you do now – and I was trying to help him with his computer problems OVER THE PHONE!  You can imagine I always came off the line sweating with the effort of trying to decipher what he was trying to say.  Must have been even more frustrating for him, of course – and no-one to provide subtitles as Tim did so effectively for your message.  And no software for him to use his own voice.  I gather he was offered a ‘real’ voice when that option became available, but turned it down because everyone ‘knew’ his computer voice by that stage.

That’s quite comforting!  Stephen Hawking and David Peace, so similar!  Fame at last!

← PREVIOUS: Going to bed with Alice NEXT: Time for a change! → 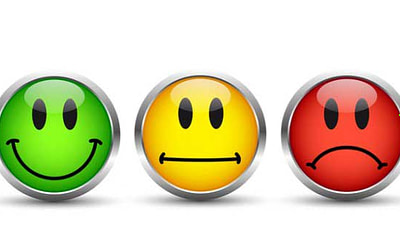