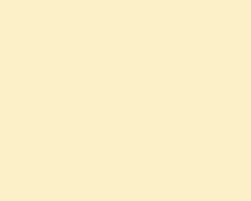 Those following the news in Britain will probably know that at the moment our Prime Minister is being investigated by three different official organisations.  Why?  Because allegedly up to £200,000 has been spent on redecorating and refurbishing the apartment where he and his fiancée live, above 11 Downing Street.  Where the money came from is the question. And why it doesn’t seem to have been declared in accordance with the regulations. Could be serious. Could be trivial. Apparently Boris is furious.

So the DP memory bank got to work.  Have I ever been really really angry over home decorations?  Well yes.  Just once.

It was 1975, the first property I’d ever owned, in Exmouth, a Devon town on the river Exe.  It was a tiny terraced house about 150 years old with two small bedrooms upstairs, a small living room and kitchen downstairs and a small extension with a toilet and bath.  An uncle had bought one nearby for £4,000 and he encouraged me to buy mine at about the same price.  It needed a lot of refurb, which he and my parents said they would do because I was working abroad.

I was so excited. A year earlier I’d started working in Libya, in the oil camp in the desert which readers will know from early blog posts.  It was the first time I’d ever been able to save money, after leaving university with nothing and then doing volunteer work in the Sudan. Four thousand pounds was a challenge but I made it.  On Uncle R’s recommendation I bought it without even seeing it – huge nervousness for a 27-year-old, but when I next got back on leave and went to have a look, what pride and joy!  My first home.

Some problems, including the fact that every winter the damp came a couple of feet up the walls, the house seemingly being built on the bare earth. The neighbours reassured us however.  “We’re all the same”, they said. “It’s been doing it for 150 years so don’t worry about it!”.  Well OK, that was comforting in a way.  So Uncle R and my parents got to work, and I went back to the Sahara on the 42 days work/21 days leave schedule, and 42 days later came back to UK when they showed me what they’d done.  It was definitely habitable. Plumbing and electrics worked and there was some furniture. Just needed painting. I was so excited.

The parents said they’d do the painting.  This was the time when magnolia, the colour, was considered by many to be restrained, refined, neutral, able to blend with any decor, eminently suitable in any room, basically safe. And by me, bland and boring. That’s what they had at home and that’s what they recommended for the little house. Alright, said I, that will do for downstairs, but the two bedrooms will be different. One will be bright green, the other deep purple. I got a colour chart and showed them the exact shades.

Well, why not?  I was 27, it was my first home, I wanted something different, something with my own mark on it, a funky pad for funky times.  Oh boy, I was so excited.

So, off to the oil camp for 42 days, and then the next leave, home to see the folks and view the finished house, my dream place.

You’ll be ahead of me, and you’ll be asking why I’ve stretched this out so long.  Well, it was just to set the scene.  You guessed it.

Proudly I was shown the downstairs living room, kitchen and bathroom, all smart in magnolia.  Hesitantly I was taken upstairs to see the two bedrooms, both gleaming in …. magnolia.  They said they just couldn’t bear to do the green and purple and they were sure I wouldn’t mind.

I was livid. Fantasy and dreams shattered. Inwardly seething. They never knew. All my life I’ve found it almost impossible to lose my temper openly, so I said I was a bit disappointed.  Disappointed?  Furious!

This little memory and story emerged from the Boris predicament.  His anger concerns money and transparency and investigations.  Mine was through being deprived of my oh-so-stylish offbeat decor.  Very different.  But I have to find something to trigger a blog post.